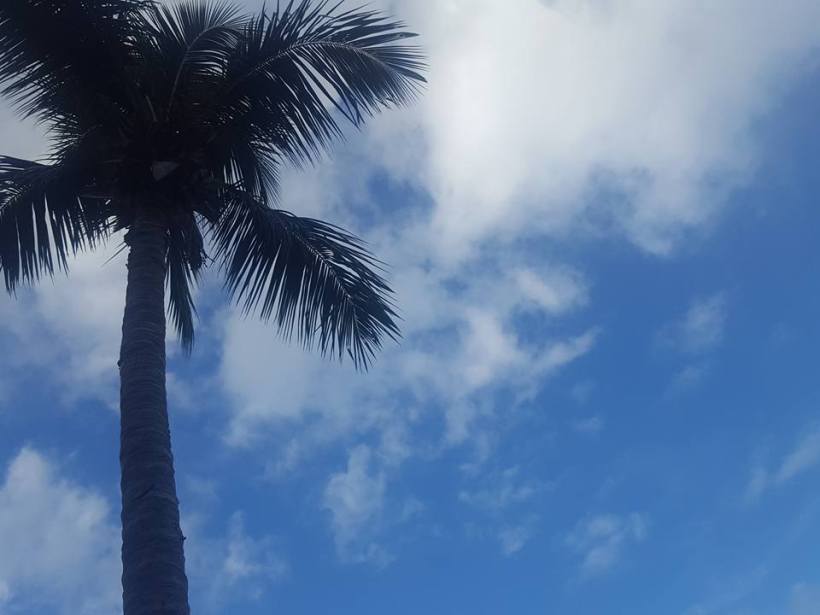 Having just come back from a rather lovely and much needed holiday, I’ve been doing some thinking.

On a cold Saturday in December, at the very beginning of the unimaginably busy Christmas season, we went to the Travel Agents in Formby. We were looking to buy a rather late honeymoon in a 6 weeks time. We looked at the options and it was clear that the all inclusive week in the Caribbean was much better value for money than the half-board week in the Canaries. The Dominican Republic it was!

Suddenly there was more motivation to get to the other side of Christmas because we had something utterly lovely to look forward to.

Confession: geography was never my strongest subject. When we got home that day, I googled the Dominican Republic and realised that it was on the same island of Haiti.

As the time drew nearer, I found myself wondering if the money of the holiday could have been put to much better use if we had have donated it to a charity working to rebuild the country just the other side of that island. And when we got there, and beautiful and wonderful as it was, it rained over 50% of the time. The thought did cross my mind, could we not have done much better things with this money and just spent a week at home being rained on instead?

But it was our honeymoon, we really needed a rest and the resort employs local people, and so we were contributing to the economy of the Island in some way or other, however small.

But here comes the predicament, where is the line between looking after yourself and being indulgent? When does self-preservation become selfishness?

I considered this predicament a week or so earlier in quite a different situation. One moment over a busy couple of days, I found myself in a stressful situation, deeply complicated with a complex back story and when a friend offered an escape, I took it! It was only as I stepped away that I realised that I was leaving Nathan right in the middle of that situation.

Was I wise to step away when I was overwhelmed and under pressure? Or was I selfish in leaving Nathan in a situation that I knew he wasn’t particularly keen on either? Did I allow my need to preserve myself turn into a selfish and possibly cowardly action?

I don’t think there’s an easy answer to this question.

But I went to a Greenbelt Festival talk a few years ago with the title: ‘Jesus was crucified so that you don’t have to be’ or something along those lines. The woman talked about how she had once got herself into a state of mind whereby she felt guilty about paying £5 for a manicure at a friend’s hen do, because that money could otherwise have been given to charity. The title of that talk has always struck me. It’s important to remember that we are humans who need to preserve ourselves, and understand that we cannot fix the world on our own.

I don’t have the answer to this one. So if you’ve made it to the end of my musings, please feel free to let me know what you think.

Sophia had a lovely time scooting around St Giles this morning, and she slept for an hour afterwards so I think we'll need to do this more often!
So on world wide knit in public day, I didn't manage to knit in public because I forgot my knitting! But I did see this amazing bicycle knitting in Formby, so I thought I'd share it!
Chuffed with these meringues!
It's called 'vicar doing facepaints for the afternoon' realness 🎀
Knit number 7 - sling socks! These are for Sophia to wear when she's being carried around in her sling. I came up with the design myself.
The highlight of my weekend was painting this car! Well, a tiny bit of it, anyway!