Blimey, didn’t that week go fast! It’s getting 6/10. I’ve had a heavy cold and it’s been very frustrating!

Although, it hasn’t been all bad. We had a lovey time with Philippa at the weekend. We had a slow get up, had breakfast in Riva and went to Aintree Racecourse for the Christmas Market which was fab! In the evening, Nathan and I went to the Marina where Nathan’s Mum and Dad keep their boat for the Christmas light switch on. It was a very nice day off!

On Sunday I took the service at St Michael’s. The heating continues to be broken and it was genuinely colder inside than out on Sunday, and so the new, much shorter, order of service has been introduced in just the nick of time! About 20 of us from Holy Trinity and St Michael’s went off to the Cathedral for their Darkness To Light service on Sunday evening. It was just excellent! But by the time we were on the train back, the cold had well and truly set in, and so I had an early night.

For the rest of the week, I’ve been alternating between getting on with stuff and resting. My energy has come in spurts, so I did manage 2 services and a meal with Nathan’s Dad on Wednesday, but didn’t manage Alpha the night before. It’s been annoying to be somewhat out of action, but at the same time, thankfully, this week is the calm before the storm that is Christmas, and the diary wasn’t too full.

That being said, it is wreathing week, which explains the slightly strange picture at the top of the blog! On Sunday, it is the wreathing service. This is something that is fairly unusual, as there are very few wreathing services left in the country. The service involves carols, readings, nativity figures being placed in the crib and a huge wreath many meters long being hung around the inside of the church. This morning we made the smaller wreaths which when joined together make up the big wreath. A team of 25 or so took a pile of greenery which looked like this… 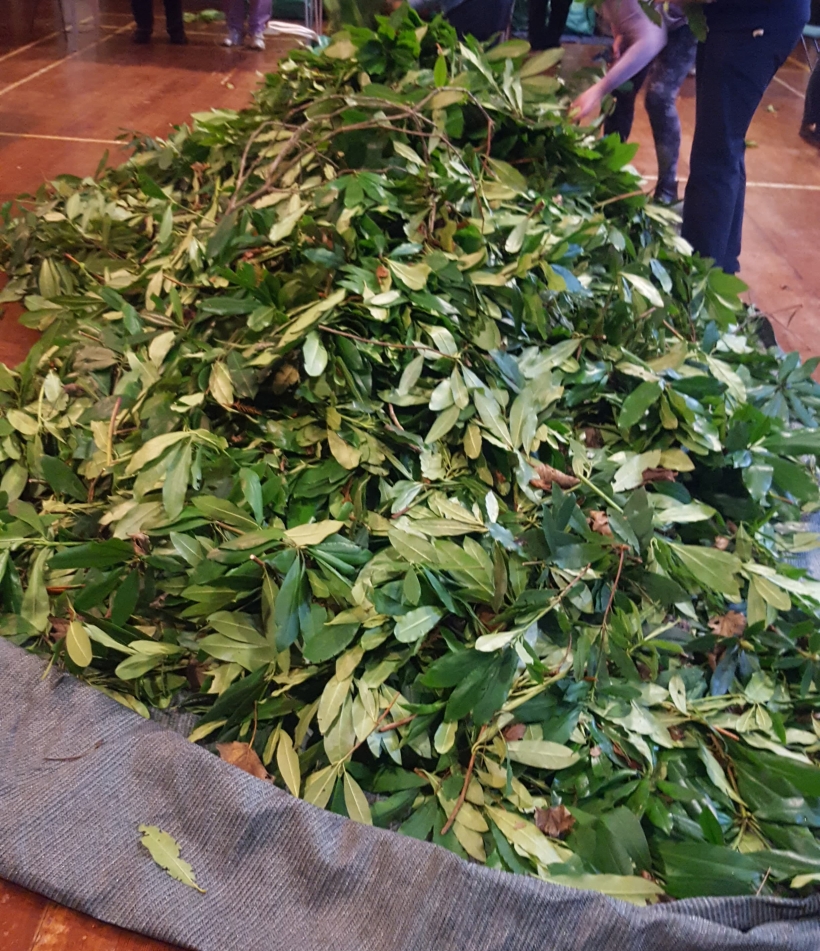 ….and attached small bunches of leaves to the ropes so that by the end of the wreathing service, church will look like this… 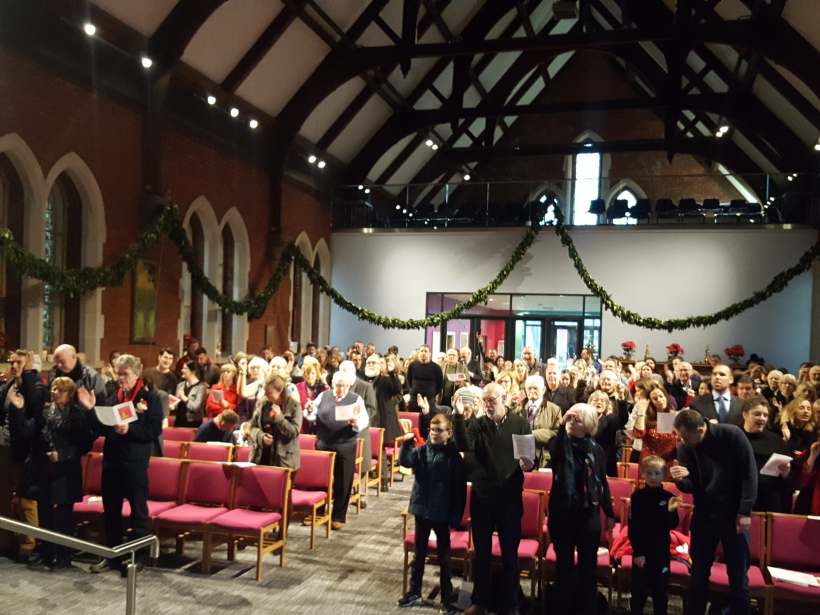 It’s a huge deal in Holy Trinity and it’s a massive team effort. I’m preaching at the service, so the pressure is on! I’ll let you know how it goes.

The weekly star for this week is Vicky who took the Alpha session for me when I was poorly on Tuesday night. It’s so good when there are competent, lovely people to fall back on like that.

I’m feeling much better today, and so I’m very much praying that I don’t come down with anything else before the season is out!

Happy, happy day ❤
Me and my @naythorpe doing what we love ❤🔥🎶
Yep. Chocolate buttons and Bible verses. Not my worst idea!
I had such fun at @emilyrachael_1's Hen Party tonight! Literally any excuse to be green!
A picture of my sunny snowy walk yesterday!
Over the past couple of days, help has arrived from some excellent people! Thank you @benjaflea @bekahhelenlee @revaskwith @ashaskwith!
Loading Comments...
Comment
×
%d bloggers like this: